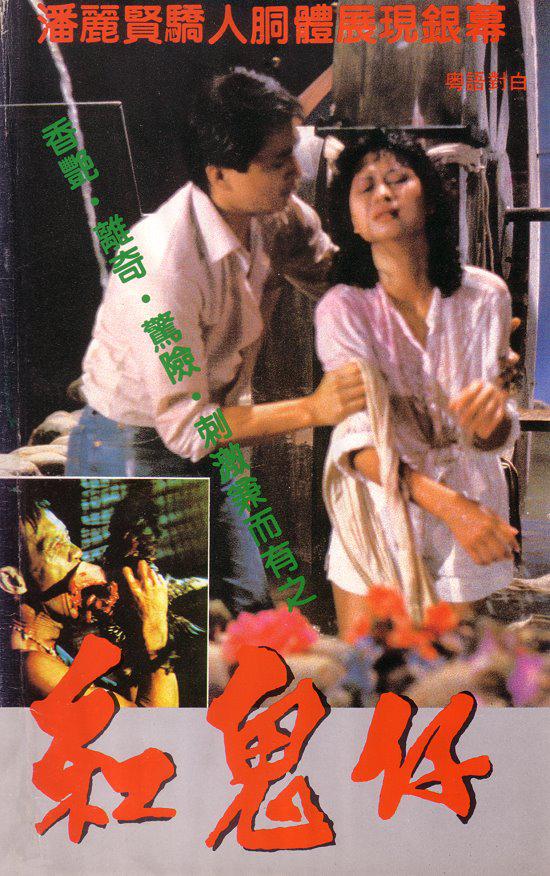 Add trailer
Description:
"Red Spell Spells Red" is one of the rarest HK horror films in my collection.I managed to get this extremely obscure piece of gory horror on VCD whilst being in Kuala Lumpur.In a big cave an evil dwarf sorcerer is performing a bizarre ritual.Suddenly four righteous sorcerers enter the cave and attack him.In the subsequent struggle they wound the dwarf sorcerer fatally and throw him into a stone coffin.They carefully seal the coffin.The present time:a group of photographers investigate the legend of the evil sorcerer.They enter the cave and break the seal.Red smoke gushes from the coffin and ghastly things start to happen.A young man is killed by an unseen force,another is killed by the woods that came alive.When dozens of scorpions attack the people in the village,it seems clear that village is cursed.An old sorcerer tries to remove the powerful spell."Red Spell Spells Red" is a dark and suspenseful horror film that left me stunned.The tone of the film is serious,albeit there is a little bit of humor to be found here.The scenes of scorpions attacking people are creepy and horrifying.The film has some grisly scenes of animal cruelty thrown in for a good measure.Some pigs are killed with a knife and in truly disgusting moment a possessed man kills a hen by eating it alive in front of the camera.The gore effects are surprisingly effective for example a hand is cut off after the sting of the scorpion or a woman is attacked by a fishing net and wooden beams.The film is almost impossible to find,so don't hesitate to get a copy.9 out of 10.

*Budget & boxoffice*
Hong Kong box office: $529 876
Have you seen this movie?
Yes
No
Great!
How would you rate this movie?

*Budget & boxoffice*
Hong Kong box office: $529 876
Have you seen this movie?
Yes
No
Great!
How would you rate this movie?

1 m.
Wong Tiong-Hock
Show all actors (9 more)
Do you know similar movies? Please recommend them or rate recommendations of others